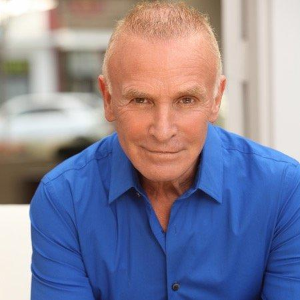 A popular speaker, his inspiring advice on weight, health and nutrition has been read by millions on iVillage.com and on America Online.

He is the owner of Rockwell Nutrition, is a frequent guest on radio and television, and has appeared on CNN, Fox News, MSNBC, ABC-TV, NBC-TV and CBS-TV.

He is the author of twelve books including the best-seller “The 150 Healthiest Foods on Earth: The Suprising and Unbiased Truth About What to Eat and Why”, “The Most Effective Natural Cures on Earth: What Treatments Work and Why”, and “Living Low Carb”.

His latest book-- “The Great Cholesterol Myth: Why Lowering Your Cholesterol Won't Prevent Heart Disease-- and the Statin-Free Plan that Will”, co-written with cardiologist Stephen Sinatra, MD, will be published by FairWinds Press in 2012.

The products and/or claims made about specific products found on this website have not been evaluated by the United States Food and Drug Administration and are not intended to diagnose, cure or prevent disease. The information presented on this site is for educational purposes only and is not intended to replace advice from your physician or other health care professional or any information found on any product label or packaging. You should always consult with a qualified health care professional before starting any exercise, diet or supplement regimen. *The statements on this website have not been evaluated by the FDA. This product is not intended to diagnose, treat, cure or prevent any disease.

Added to your cart: